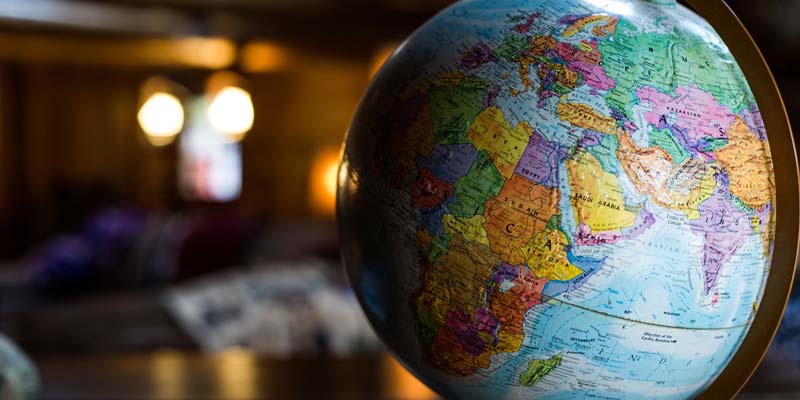 MD Howard Griffiths – who is a Council for International Investigators (CII) Board Member was asked at their recent AGM to comment on the manner in which his company usually approached and conducted cross border investigations in Africa.

The issue was  an agenda item and relevant at the AGM due to the perennial difficulties and challenges experienced by CII members World Wide endeavouring to ensure successful results when responsible for CBI’S  specifically in  African countries. It was felt necessary to unpack the reasons for these difficulties.

Howard reported that ‘the results of the  panel discussion were extremely informative and useful as they helped to focus attention on the real crux of the many associated problems and enabled panel participants to take away practical guidelines for their future CBI’S  in Africa‘. He went on to say, ‘clearly it was useful to initially define what was meant when referring to a CBI because an investigation or due diligence assignment in general could and of course often does, mean a multitude of different things each with potentially different objectives and specific deliverables and therefore approaches – for example a murder, a theft, a fraud, a forensic issue, a physical security audit, an HR and/or staff issue, a politically associated organised crime issue, etc.’

An additional difficulty Howard emphasised ‘is the one created by any requirement for the investigation to be conducted discreetly or covertly as this implies an ability to fly under the radar. This is onerous  enough, because of the increased difficulties in establishing reliability of source information or corroborating source information, in a familiar environment or on home ground,  but usually impossible in cross border situations without local support.

Whilst these variables are standard  investigation issues and apply equally to at home or  in country investigations and due diligence assignments where  experienced investigators  understand their own environments very well and have well defined support structures, proven  procedures, access to open source and other sources of data and information together with  connections – personal, commercial and political – to  ensure  that appropriate methodologies are used and successful outcomes achieved,   the additional cross border dimension  is where the difficulties  arise very quickly  i.e. investigators find themselves a fish out of water very quickly. ‘

The cross border dimension said Howard, ‘simply means that the investigation or a part thereof has to be completed in a foreign country not necessarily contiguous with the investigators home country. And, in most cases, the investigator will not be sufficiently qualified from a culture, experience, language, general support structure, access to data and information sources, knowledge of legal or statutory restraints applicable to investigations or connections point of view to go to that country and successfully complete the investigation – whatever its nature, without local assistance i.e. boots on the ground or friendly representation.

In certain African countries, depending on the nature of the investigation, it can be personally dangerous for an investigator out of his/her depth to flounder around in an ignorant manner and come to the attention of authorities or criminals with potentially unpleasant consequences. ’

At this stage Howard indicated that ‘the practical solution to ensuring successful CBI’S should by now be more evident as it became so to CII panel members. Investigation Companies with well-designed CBI protocols coupled to friendly representation or close contacts in the foreign country concerned will more often achieve positive outcomes than those ill prepared or not prepared at all. It is simply not possible, save in some specific circumstances – usually where the investigator is joining a local team to provide specific expertise such as cutting edge security technology or security related IT,   for investigation companies to rely on procedures and resources used for domestic investigations. CBI procedures must be customized to suit circumstances for each individual foreign country concerned to comply with different local laws and to respect diverse cultures and customs, access to data and information and contacts, etc.

It is a serious error to think that investigation circumstances in African countries are uniform or similar to those in South Africa which, in some access to data and information respects, is the equal if not better than other similarly developed economies. For example South Africa has well established commercial (since 1901)  and consumer (since the early 1950’s) credit bureaux, a national ID system, a National Property and Bonds ownership data base, a national Companies Registration process and data base and other institutions where reliable information about persons, businesses and property is available albeit in terms of access controlling legislation.

It has only been over the last two decades or so that the World Bank affiliate, the IFC, has been, in conjunction with established credit bureaux vendors in developed countries – including those in South Africa –  conducting a project to specifically encourage the establishment of similar institutions in economically under developed countries – including in Africa – with varying levels of success in terms of the transition from no aggregated  national consumer, commercial or property ownership data available to more acceptable levels of availability.    Although the primary motive for this project may have been to provide the circumstances suitable for the extension of consumer and commercial credit and hence enable national and per capita GDP economic growth and the reduction of poverty levels in the under developed economies, a by-product of the information data bases thus established, has been access to this information and data, for legitimate purposes, that significantly benefits investigations businesses thus improving the chances of successful CBI’S.’

Howard emphasised however, that ‘even these positive developments were always far better utilised by locally established organisations with legitimate access than attempted periodic ad hoc usage by external entities without legal subscriber status. It is not surprising therefore , to note that all organisations which  have any permanent interest in conducting business in African countries have local representation e.g. auditing, insurance and legal firms,  NGO’S, Diplomatic  Missions etc. Journalists have established close correspondents in each country. The CII mission in Africa is to have members in each country to provide the necessary local , eyes and ears and boots on the ground support  required by CII members worldwide.’

Howard concluded by saying that SSC is the oldest privately owned and managed Security, Investigations  and  Intelligence business in South Africa and has a proven track record on the continent with varying assignments whether covert or overt in nature. SSC has been successful because it recognises the realities of the restraints and circumstances on the ground in each separate country in Africa and the absolute requirement to have reliable local contacts in each case.