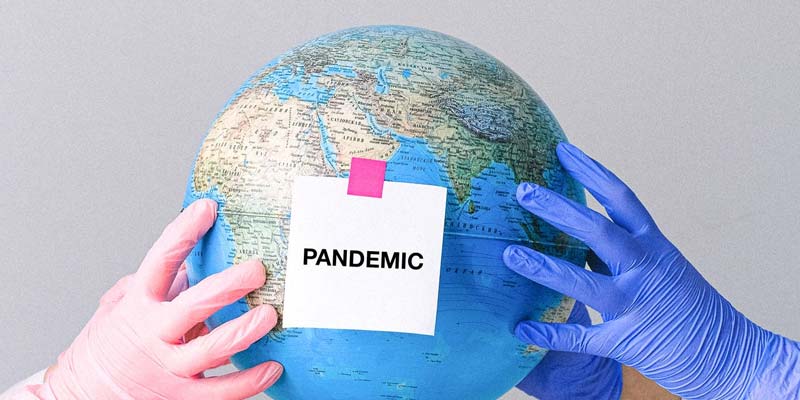 In a recent discussion with the CEO of a large manufacturing business in Gauteng and long-time client of Security Service Consultants Pty Ltd (SSC), Howard Griffiths MD of SSC realised that, although the overall threat posed by the Corona Virus was well appreciated – as was the urgency to introduce counter measures – how to actually take specific actions to combat the threat was obviously less well understood. This is probably because it is a true black swan event although foreseen over the past decade by several in the medical and bio- science research fields and even by prominent business guru Bill Gates who publically revealed  some time ago that such an event was inevitable and his greatest fear  in terms of ranking treats to humanity. It is probable that a very low percentage of business planners will have had the foresight to plan appropriately for the Corona event.

It can be safely assumed that every CEO in South Africa must be very much aware of the quite recent emergence of the highly contagious nature of the Corona disease and the threat it poses to businesses and entire economies. A large percentage of people worldwide have been made aware, due to the almost ‘war footing ‘defensive measures adopted by their governments, of the threat the disease poses to their own health and even to their lives, employment and current and future well-being.

Although the defensive measures taken by various governments have differed in terms of either total and immediate or phased lock downs within the specific actions and policies adopted, there is a discernible common thread running through their thinking. The problem or threat is common as is the absolute need to limit the number of persons afflicted at any one time and therefore the numbers needing hospital care at ICU level. The virus attacks indiscriminately those of any age with weakened immune systems and has the ability to incapacitate victims to a degree where ICU hospitalisation is needed and  cause the deaths of exponentially increasing large numbers of people with all the consequent panic that usually accompanies a world-wide pandemic.  There is currently no cure for the seriously infected and no preventative vaccine.

No country in the world has sufficient ICU beds with appropriate support services to cope with the number of afflicted needing hospitalisation in a runaway corona situation – despite not all afflicted needing to be hospitalised. Those with strong immune systems are able to shake off the virus in much the same way that a common cold or flu is dealt with. It does seem though that the consensus evident in the various government reactions to the Corona threat is that the best and probably, in the absence of a preventative vaccine, way to deal with the problem is to enforce national or regional total lock downs (voluntary or enforced isolation of persons) to minimise the opportunities for the contagion to be transmitted from person to person. The quarantine period is known to be at least seven days but fourteen or twenty one days are usually enforced due to the fact that infections are usually staggered i.e. begin and end at different times.

SSC recently published an article concerning the increasing convergence of the threats faced by all components of an enterprise total risk system including the need for flexibility enabling responses to changes in the threats faced. The extreme difficulty in planning for appropriate responses to ‘black swan’ events was also mentioned. “A black swan is an unpredictable event that is beyond what is normally expected of a situation and has potentially severe consequences. Black swan events are characterized by their extreme rarity, their severe impact, and the widespread insistence they were obvious in hindsight.”

The generally adopted procedures followed by most responsible businesses regarding business continuity planning include written procedures covering all possible and foreseen threats to the enterprise and measures to be taken to avoid or mitigate the occurrence or impact of such threats. The basic approach is that the entire business itself is not threatened except possibly when a serious black swan event occurs.  The absolute unavoidable need to introduce total lock downs at a national level by government means that the initial action to be taken when facing a corona situation is out of the hands of business continuity planners; their role in such situations is to ensure that when the lock down is removed the business can recover with normality restored at the least possible cost.

It is also quite evident that a further common thread in the different international reactions to the Corona threat is that governments realise that lock downs themselves are a serious threat to economic continuity and survival at national and individual levels i.e. they cannot be for too long otherwise they suffocate the economy and business activity circumstances and can make recovery to normality difficult or impossible. So it seems that planners have to plan for a period of successive  or  iterative lock downs during which the government concerned can buy time to spread the numbers of afflicted over a period of time during which remedial procedures are manageable and the threat is incrementally brought under control pending the arrival of a preventative vaccine.

Every business is different, has different products and services, supply chains, customers and inter -dependencies which can be local, regional or international and must plan accordingly on how to cope with successive lock downs with varying periods of time and returns to normality in an unknown time horizon. It is recommended therefore that planners research the topic and utilise the quite extensive body of opinion and published material on the topic. One example that has many generic features can be found at the link:

Good luck to you all and remember it is never too late to begin your planning as nobody can currently be really sure how long the Corona threat will be with us.